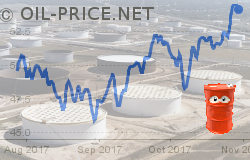 Strategic Petroleum Reserve (SPR) is a repository of crude oil for emergency purposes built primarily in countries dependent on oil imports. Stored in four deep underground salt caverns along Texas and Louisiana Gulf coasts, SPR in the US is the world's largest. Its intended purpose is to cushion against sudden shocks in the oil market. Even with an enormous capacity of 727 million barrels, SPR managed to reach its full potential in December 2009.

Technically, the idea of a storage system for emergency was mooted in 1944. However, SPR became a reality only in 1975 with the Arab oil embargo on US. That is, the Organization of Arab Exporting countries (OAPEC) placed an embargo on the US in 1973 leading to commodity shortage resulting in a dramatic- threefold- increase in the price of oil. The embargo proved to be the catalyst for the birth of SPR by President Ford.

SPR, obviously, has plenty of oil. In which case, can oil be taken from SPR at will? Well, not at all. Any full or limited withdrawals can be made only on the authorization of the President under the Energy Policy and Conservation Act (EPCA). Emergency release can be done in three ways:

So far, drawdown has been used only three times, the most recent being the 30 million barrels of crude sold in June 2001 due to supply disruptions in the Middle-East.

To take an analogy: Until now, the SPR behaved like a 401k or a "rainy day fund". We saved mountains of crude oil so to use them when needed much like a well stocked nuclear bunker. Well, has the constant called 'change' swept by? Indeed, yes. From now on, SPR will instead act more like a pension plan, social security or annuities. Actually, the supply of oil is so diversified that major disruptions are unlikely to stop the flow of oil very much. After all, oil production at about 9.5 million barrels a day is no mean fact.

Which begs the next question - What about the formidable amount of oil we import? Well, the imports are still steep because of complex technicalities involving refineries, pipelines and oil contracts. Besides, as a matter of pride, the US can extract massive quantities of oil domestically using modern unconventional methods at a moment's notice thanks to the "American Oil Revolution".

Recently, the Trump administration has proposed selling half the oil in SPR. Which means two of the four caves will face closure. Does the US need a buffer like SPR anymore? We take a look:

The motivations (or 7 reasons why SPR ought to go)

The world has moved on and in this new order OPEC does not carry the weight it did in 1973. Since Saudi Arabia effectively destroyed OPEC's cohesion, there is little the cartel can do. Say, a tiger without its fangs. Clearly, it can't force the vote for another embargo because its members distrust the Kingdom. Also, Saudi Arabia has cornered itself into a dire financial situation. To finance its budget and social expenditure, Saudi Arabia needs crude oil over $80 a barrel. With oil price lagging below and around $50 a barrel, Saudi Arabia is already under tremendous pressure.

Furthermore 9/11 families are now allowed to sue Saudi's US assets. The results of the judgment will change the economic relationship between the US and Saudi Arabia. In two to three years, depending on the efficiency of the court system, we'll know the exact ramifications. Already, in reality "the US does not perceive OPEC cartel - and its leader Saudi Arabia - as a serious threat anymore. Saudi Arabia has lost the capability to instigate a new oil shock, be it today or in the foreseeable future, the original reason for SPR. Therefore now is a good time to morph a new SPR, more in tune with today's geopolitical realities.

Today's geopolitical reality of crude oil is that the US, thanks to technical progress not available in 1973, can come up with enough crude oil to rival Gulf producers as it did in 2014. Fracking, unconventional drilling can extract crude oil from depths and terrains unfathomable before. More importantly, its orchestration can happen on a moment's notice as proved by the North Dakota oil rush. So rather than rely on a 401k-style crude-accumulation reserve, the new SPR vision can be a "drill as you need" plan.

As it is, the US still imports crude mainly because the light oil cannot be processed by the refineries built to handle heavier crude. That is slowly changing. Many refiners have already announced plans to 'run' more light and sweet crude moving away from the heavy, sour crude imported from OPEC and Venezuela.

The Keystone XL pipeline fits nicely in the picture. The proposed 1,179 mile pipeline was granted permit in March by the Trump administration. As a result, the pipeline will bring Canada's oil to US refineries. With the pipeline now on the cards, our oil-rich peaceful neighbor to the North will be happy to oblige if the going gets tough and so the prohibitive cost of containing 90 days of supply becomes hard to justify. After all, Western Canada select is the cheapest crude available.

With Trump as President, there is only one way for the volume of oil to move - upward. Previous offshore closures will be undone to facilitate more drilling. More oil means lower price, which is the law of the market. US oil is reaching different corners of the globe, already. The first shipment of oil from the US, worth $100 million, is all set to touch the Indian shores this September. As far as imports to China go, from an average shipment of 10,000 barrels a day the figures jumped to 131,000 barrels a day for the first seven months of this year.

Effectively, the law of the cartel is over, supplanted by the law of the market. Hence oil ought to trade like any other commodity without artificial price fixing by OPEC. Now we don't have a "strategic cattle reserve" or "strategic corn reserve" for other freely traded commodities, do we?

The oil crisis of 1979 led to the creation of futures market with the New York Mercantile exchange - officially - starting oil trade in 1983. Now we can hedge oil to the tune of more than two billion barrels of oil against future fluctuations. Emptying the SPR and investing in futures market is something the government must ponder on. With the option of futures, the need to hold oil as SPR makes little sense.

The SPR has had very little use since it came into effect but its cost is greater. Infrastructure needs upkeep. Of course, SPR has also been used as political scoring points: With high price, some oil was indeed released so as to lower price at the pump and "appease" consumers. However, this is not what SPR was for. Political scoring point is not what the SPR ought to be. After all, crude is an international commodity which could be bought for a price.

China copies America a bit too much? SPR is no exception. Predictably China's buildup will act as a dampener on oil price fluctuations: in the (unlikely) event that oil price jumps quickly, China will partially source oil from its huge reserve, curbing demand and sending oil prices lower.

What China's move means is even more oil price stability. In effect this transfers some of OPEC's oil price control to China which in turn is eager to assert itself on the global scale. In fact assuming some control on the oil prices (by counteracting the cartel's mechanism of price control) is the most likely motivation for the Chinese in building a reserve.

With prices relatively high in the $50s, it's good to shed some of the SPR (sell high). Should oil prices fall, as more oil comes to the market, the offloading would stop effecting massive loss. So why wait?

As oil price dynamics stabilize worldwide and powerful economies such as China increase the size of their SPR, oil prices will see even less fluctuations. This gives the US a good reason to reduce its SPR by letting China's economy "subsidize" the counteraction of OPEC's price control rather than the US taxpayers.