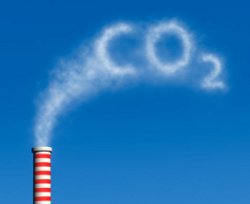 Electricity is produced by power houses by burning fossil fuels which emit CO2.

It was a stumble on the finishing line. Two years of negotiations, two weeks of which spent in hectic parleys in Copenhagen; a ten hour direct debate between world leaders-192 countries, 110 world leaders- for what? Only for the leaders and officials to hammer a three page document with no binding agreements.

They had the perfect opportunity but just couldn't get their act together. What emerged from the summit as Copenhagen Accord was:

And possibly the biggest of them:

At best it can be viewed as a reference document, 'a first step' as described by the German Chancellor Angela Merkel, but a far cry from the expected 'Copenhagen protocol on climate change'. It was anticipated that the 192 countries would move towards a low carbon future with global temperature below a 2C rise and cut in the emissions of about 25-40% by 2020 and up to 85% by 2050. So, it's quite lame to hear the US president say this about Global Warming "Ultimately, this issue is going to be dictated by the science," the President continued, "and the science indicates that we're going to have to take more aggressive steps in the future".
Yet, this Copenhagen climate deal was apparently-'meaningful and unprecedented breakthrough' in his (President Obama's) words. How? No one can say. Maybe because, as critics argue, the agreement was better than nothing as there was widespread fear of the summit threatening to pass into history with most of its text in brackets(to be debated in future discussions), with stalemate over

Amidst this there was drama too: During the course of the summit a leaked document showed that the world leaders were about to sign a document giving more authority to rich nations and sidestep UN from the picture-in essence, it meant more power to rich countries. This draft supposedly gave control to the World Bank abandoning the Kioto protocol-which was legally binding-and asked developing countries for 'specific emission cuts'. To put in other words, poor countries won't be able to emit more than 1.44 tonnes of carbon per person by 2050 while rich nations could emit 2, 67 tonnes of carbon per person. China, India and Sudan objected to the leaked document.

Then the US president flew to the Danish capital raising expectations. "The president is hopeful that his presence can help," said spokesman Robert Gibbs on the presidential visit. President Obama held talks with the developing countries-Indian Prime Minister Manmohan Singh, Chinese Premier Wen Jiabao and South African President Jacob Zuma. And the Copenhagen agreement reached conclusions seen above. So,

Can the planet wait?

The increase in the average temperature of the earth from the present 15.5% near the earth's surface is Global Warming according to AR4 report of the IPCC (The Intergovernmental Panel on Climate Change) - In the twentieth century, average global temperature increased by 0.74 degrees C while sea level rise resulting from thermal expansion of the ocean and melting of ice across the globe amounted to 17 cm increase.

Green house gases like CO2, Nitrous oxide, Methane trap the sunlight and prevent radiation back into the space causing Global Warming. The contributor is humans-human actions to be precise. How? By burning forests and using fossil fuels, mostly.

Since 1970, the globe has warmed by more than three times compared to the preceding years. It is said that CO2 and aerosols (produced by pollutants and volcanoes) compensated each other till about 1970 but that fossil fuels took over the damage.

A report submitted by more than 300 of marine scientists in Copenhagen states that Global warming could result in Ocean acidification-the world's ocean absorbing large amounts of CO2 and becoming more acidic to a level unprecedented in the last 55 million years. This will disrupt whale navigation and kill planktonic species in the sea.

According to IPCC, in Africa by 2020, between 75 and 250 million people are projected to be exposed to water stress due to climate change, and in some countries on that continent yields from rain fed agriculture could be reduced by up to 50%. And we are indeed looking at about 1.1 to 6.4% increase in the global temperature in this century.

In comparison, the argument of the critics of Global Warming does seem overextended:

Sceptics say there is no reason for panic as Global Warming is based on distorted models as the warming was due to volcanoes, obliquity cycle, solar output, and that the Earth had been warmer previously. Their claims were bolstered when leaked emails from the climate research unit of the University of East Anglia showed adjustments in climate changes. In fact one of the climate change sceptic, Sen. James Inhofe, an Oklahoma Republican called the Copenhagen summit as little more than "group therapy."

Back to climate changes, the Fourth Assessment Report (AR4) of the IPCC had to say this "Warming of the climate system is unequivocal as is now evident from observations of increases in global average air and ocean temperatures, widespread melting of snow and ice and rising global sea level".

Considering the gravity of the problem at hand, what was needed was a specific binding agreement with clear emission targets. Just what the Prime mister of Britain, Gordon Brown said, "Unless we have a solution we're going to have [our children] growing up in a world where there are floods and droughts, where there are climate change refugees and evacuees, where we have extreme weather." However, there was no solution. And, for people who expected something tangible from the conference were awarded with a nonbinding agreement by the galaxy of leaders present.

"Can I suggest that in biblical terms, it looks like we're being offered 30 pieces of silver to sell our future," Tuvalu's lead negotiator Ian Fry said during the main meeting. "Our future is not for sale," he added further. The pacific nation of Tuvalu faces serious dangers from rising sea levels. Countries like Cuba Bolivia, Sudan, Nicaragua and Venezuela complained that no input of theirs was taken when drafting the agreement. EU Commission President Jose Manuel Barroso told reporters: "I will not hide my disappointment regarding the non-binding nature of the agreement here." And Lumumba Stanislas Dia-ping, chairman of the G77 and bloc of 130 poor nations called the Copenhagen Accord "the worst in history."

What the leaders missed:

So, let's wait for another year of negotiations....
Though oil-price.net accepts the role of oil in the Global warming process, we've felt the need for a comprehensive analysis as this problem affects the whole planet.